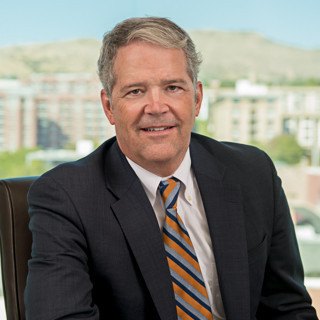 Steven Christiansen has over 30 years? experience with a broad range of environmental permitting, compliance, and enforcement matters, due diligence, environmental audits, RCRA and CERCLA remediation, air emission credits transactions, climate change, state implementation plan development, environmental legislation, NEPA, public lands permitting, environmental aspects of business transactions, brownfields redevelopment, and the administrative rule-making process. He also works in the areas of energy and public utilities law.Mr. Christiansen actively represents mining, petroleum, chemical, energy, and public utility interests throughout the western United States and Canada.Mr. Christiansen is licensed to practice law in Arizona, California, Washington D.C., and Utah. He was elected as Chair of the Great Basin Chapter of the Air & Waste Management Association for 2008. As a member of the Utah State Bar, he has served twice as Chair of the Environmental Law Committee within the Section on Energy, Natural Resources and Environment. From 1990-2002, Mr. Christiansen served as an Adjunct Professor at the J. Reuben Clark Law School, Brigham Young University, teaching a course in environmental law.Mr. Christiansen was ranked as one of the top environmental and land use attorneys in Utah since its inception in 2004 by Utah Business magazine as one of Utah?s Legal Elite. He is recognized in the 2007-2020 editions of Best Lawyers in America for Environmental law, and was awarded ?Lawyer of the Year? in 2015. He was listed in the 2009-2014 editions of Mountain States Super Lawyers. He has also been named one of the top Energy & Natural Resources lawyers in Utah in the 2011-2019 editions of Chambers USA ? America?s Leading Business Lawyers. Mr. Christiansen has also been awarded an AV rating ? the highest awarded by Martindale-Hubbell. View More ?