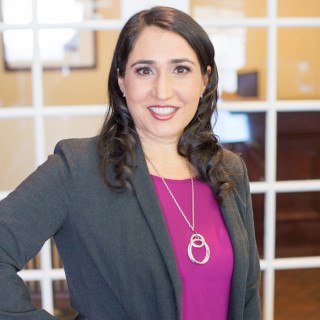 Ms. Ramirez was born and raised in the United States; however she traces her roots and cultural identity to Ecuador and Italy from where her family immigrated. A daughter of an immigrant mother, she was always intrigued with people from other countries and cultures. Ms. Ramirez has traveled extensively throughout Latin America and Europe having spent summers in Italy and Venezuela where she worked in the legal department of Petroleos de Venezuela (PDVSA). As an attorney, Ms. Ramirez has always practiced exclusively in the area of U.S. Immigration and Nationality Law. She believes it is a privilege to help immigrants achieve their dreams and goals to the enrichment of this country. As a lawyer, she believes that while she may not litigate for damages or monetary gain, she accomplishes something far greater and richer ? helping businesses thrive, individuals obtain freedom or contribute to the American dream and reuniting families. Nothing could be more priceless ? or more American. Early in her career, Ms. Ramirez served at Catholic Charities of Orange County as the Director of Legal Services and Advocacy, and later at the Public Law Center where she developed the legal immigration services program. She is most proud of the work she has done pro bono on behalf of the poorest and most vulnerable immigrants including asylum seekers, trafficking victims and battered women and children. Ms. Ramirez was responsible for spearheading the Orange County Bar Association?s INFO presentation on immigration, is a Past President of the Hispanic Bar Association of Orange County and serves on the District Attorney?s Hispanic Advisory Commission. View More ?