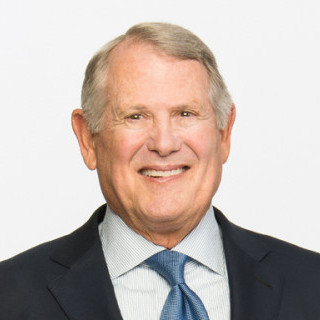 David K. Cohn is the managing partner of Chain | Cohn | Stiles and is one of the most highly regarded trial lawyers in California's Central Valley.He has been recognized in the "Best Lawyers in America" program, which is the oldest and among most respected attorney ranking services in the world. He has also been voted in the Best Lawyer in Kern County by The Bakersfield Californian Readers' Choice Poll, as well as a "Top Attorney," as reviewed be peers in Bakersfield Life Magazine. David has also been named a Super Lawyer in Southern California, an honor bestowed upon only the top 5 percent of lawyers in the region. He's also a Martindale-Hubbell AV preeminent-rated trial attorney. Over the course of his career, David has obtained numerous multi-million dollar results on behalf of his clients. He recovered $10 million on behalf of a man who suffered serious burn injuries in an oilfield accident, and another $10 million for a man who lost his leg in a motorcycle accident. Above all, David cares about his clients ability to move forward with their lives after traumatic accidents. David is a member of the American Board of Trial Advocates (ABOTA). He is a member of the prestigious International Society of Barristers, previously served on the Board of Governors for the Consumer Attorneys of California, and was past president of the Kern County Trial Lawyers Association. David grew up in Bakersfield, graduating from West High School, before going on to receive his bachelor's degree from the University of Southern California. Shortly thereafter, he obtained his law degree from Southwestern Law School in Los Angeles. While in law school, he clerked for then Federal Public Defender, John Van de Kamp. Following graduation, David returned to Bakersfield and joined the firm and eventually became its managing partner in 2000. View More ?